News
You are here: Home1 / News

The arctic is filled with unique sounds. Snowmobiles, outboard motors, crunching snow, ice popping under the stress of weight, and the sound of silence. Most of these sounds a person can get used to and even appreciate as an identifier of the far north. However, one sound that I will never get accustomed to is the sound of a handful of dirt thrown onto a coffin laying six feet deep in a grave.

Funerals of the Inuit, First Nations and Metis are not the sterile, orchestrated events that have become the standard for non-native people.

The typical northern funeral is held in the building with the largest seating capacity in the community. Usually this is the school gymnasium. 200 people is not unusual for even the smallest of hamlets and villages.

The coffin might be a beautiful hand made work of art constructed of wood by a local craftsman and the fabric lining the coffin is hand sewn and installed by women of the community which might include several family members.

The body is dressed by the family and may or may not be embalmed.

The coffin is transported sometimes by pickup truck. The pall bearers sit around the truck bed steadying the coffin and a slow progression is made to the cemetery.

Traditionally the grave is dug by the family. In permafrost they have to build fires to melt the permanently frozen soil and then shovel out the muck. The fire has to be rebuilt and the process repeated until a depth of six foot met.

The pall bearers carry the coffin to the grave where planks are laid across the grave and the coffin is places to rest on the planks.

Ropes are then threaded under the coffin and through the handles and slowly the coffin is lowered by hand after the planks are removed.

Once the crowd regathers at the grave side, the preacher stands at the head of the open grave. A prayer is given, some words of comfort are spoken and then it happens.

An un-unwritten code of the north requires that the preacher must repeat the old phrase, “Ashes to ashes, dust to dust.”

The preacher then takes a handful of dirt and drops it on the coffin. The sound is haunting.

Dirt hitting a wooden casket is an awful sound. It sounds even worse in the frigid northern winter. It is a sound marking the end of life.

Family members then make their way to the casket and throw a handful of dirt into the grave and every time dirt hits the wooden coffin, chills run down your spine. The family usually begins to sob, cry, then eventually a wail erupts adding to the awfulness of the scene.

The men of the community then grab shovels and manually, shovelful by shovelful, fill in the grave. Sometimes the crowd sings gospel hymns. Sometimes the only sound is that of dirt hitting the casket until it is covered.

In defence of this stark and old fashioned way, I must say it does offer closure. There is no vagueness of purpose. When a grieving family member walks away from the graveside, it is over. Final. A hard event, but a completed one.

I’ve stood at the head of the grave while saved and lost were buried. As the saved are buried, I have confidence this is not the end. The dead in Christ shall rise. This horrible sound is not the end. I will hear them speak, see them walk, and worship the Lord with them.

But as the lost are buried, I know this is not the end either. The awful sound of frozen clumps of dirt hitting the casket is not the last horrible sound heard that will be associated with them. The future holds a great white throne judgment for lost men and women. The sentence will be exacted and lost souls will be cast into the lake of fire.

That, has to be the worst sight and sound ever.

Sterile and practised funerals offer a facade of peace and comfort. But the grave is only a temporary holding place for the bodies of the saved and the lost. To be absent from the body is to be present with the Lord, and conversely the first second after death a lost man’s soul wakes up in hell. Reunion with the body is either to the incorruption of salvation in Christ or the corruption of the lake of fire as Christ rejecters.

The greatest sight and sound is that of a sinner kneeling and asking God for mercy. On the mission field there are no buffers to reality. Life and death are real and raw. Our Gospel must be real, un-changed and at full strength to give hope to the hopeless around the world.

The Price of Freedom

Acts 22:27-28 “Then the chief captain came, and said unto him Tell me, are thou a Roman?  He said, Yea.  And the chief captain answered, with a great sum obtained I this freedom. And Paul said, But I was free born.”

There was a great price paid to purchase the freedoms and liberties that we enjoy today.  Of course one of the greatest statements of all time given by Patrick Henry, “Give me Liberty or give me death”, was a statement of conviction.  The conviction that obtaining freedom and liberty is worth the highest cost a person can pay.  The signing of the Declaration of Independence on July 4th, 1776 drafted by Thomas Jefferson was the document that declared the freedoms we enjoy today.  We enjoy the freedom to choose how we live and who or what we serve.  We also enjoy the Liberty to pursue a life of happiness and purpose.

Everyone that was born in the United States of America was free born to the freedom and liberty that embodies our nation.  Many times we don’t think about the price it cost to live in
the Land of the Free.  The cost continues to increase with each generation.  American Soldiers are paying the high price for the freedom and liberties that everyone in America is enjoying today.  I am continually amazed by the effort, work and service that the American Soldier gives each day.  As a volunteer and without the desire to be known or rewarded our Soldiers go to bed worn out, and energetically get up the next morning to do their part in defending our freedoms.  They have become part of the history of men and women who have honorably served and sacrificed for our Nations freedoms.  There is not a greater group of Individuals to have been entrusted to defend the Liberty and Freedom that was declared back in 1776.  Just as important and as high a price are the costs that the families pay that are faithfully serving at home.   The sacrifice on the home front doesn’t go unnoticed.

Let us also remember the freedom that comes from knowing Christ.  As an Army Chaplain, I have been called by God and have the total freedom to share the Gospel message.   This message of freedom that comes through Christ was purchased at a greater price.  Therefore, Paul said in Galatians 5:1 “Stand fast therefore in the liberty wherewith Christ hath made us free, and be not entangled again with the yoke of bondage.”   We can’t even fathom giving up the freedom and liberty we enjoy in America.  However, we continually give up the freedoms and liberties we enjoy In Christ.   There is liberty and freedom to love, serve and support God and each other.  We don’t have to be in bondage to depression, bitterness or anger.  Come to Christ and stand fast in the liberty wherewith Christ can make you free… 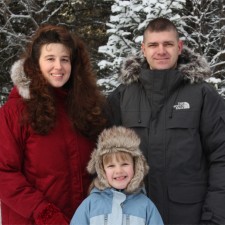 I am so grateful for the men of God, the Lord has used to bring me to Christ.

The first preacher would be my Dad – John Caudle. A veteran missionary with

tremendous zeal and a heart for souls. He’s my hero. The second was an old fashioned preacher named – Roy Goodson. Bro. Roy was a fiery preacher of the gospel, whose face would always turn ‘beet red’ when he was preaching. The third preacher would be the pastor of my childhood – Dr. Harold B. Sightler. I have never known a preacher with more gravity. He was preaching the evening service, the night I was born again! What if one of these great men of God had not answered the call or been faithful to the call, to preach the unsearchable riches of Christ? I wonder where I’d be today. Perhaps, still lost in sin. Maybe, already in a devil’s hell. May we never take our calling lightly. Precious lost souls hang in the balance. Press on, my dear brother! It’s worth the fight! We are preaching the gospel of peace to a hopeless world, and bringing glad tidings of good things! And don’t forget, there’s a crown of glory waiting for us at the end, from the chief Shepherd. Praise the Lord! 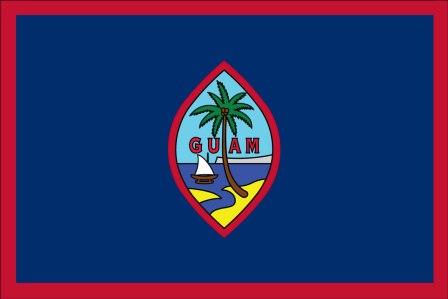 We at APBM are pleased to announce that as of February, Steven and Sherry Barnes have been approved for service with All Points Baptist Mission in the field of Guam.
The Barnes are sent out of Bethel Baptist Church, in Walls, MS. They are currently on deputation and anticipate being on the field as soon as the Lord allows.
Please pray for the Barnes Family as they seek to serve the Lord in the field of Guam.
You may find out more about the Barnes and their ministry by clicking here to view their Church’s website.

“I have planted, Apollos watered; but God gave the increase. So then neither is he that planteth any thing, neither he that watereth; but God that giveth the increase.” 1 Corinthians 3:6-7
As missionaries on deputation to San Juan, Puerto Rico, we have been to many churches to share our burden for the precious souls in PR. People treat far better than we deserve because we have surrendered to go to the mission field. And while we have a tremendous responsibility to share the Gospel, the fact remains that at the end of the day, regardless of the role we have, it is God that does the work! We don’t all have the same role, and one isn’t more important than the other. APBM Missionaries and churches should be striving for the same goal, to glorify God, and see people saved! Society wants to elevate people and positions. However, Paul reminds us in these two verses that anything he accomplished was because of God, not him. Why do we do what we do? Why do we support missions? To receive credit, or to see God do a great work?!
Bro. Ed Bauman
https://cdn.allpointsbaptist.com/uploads/2016/12/APBM-Logo-New-300x99.png 0 0 apbm office https://cdn.allpointsbaptist.com/uploads/2016/12/APBM-Logo-New-300x99.png apbm office2016-01-01 00:00:072017-01-13 14:30:04Bro. Ed Bauman – God Gave The Increase: